Informant 5 is almost here and this is what you should know!

Informant 5. It’s the Excalibur of Informant! The mythical major update we’ve been talking about for about 2 years now – and yes, it’s no more a myth! In the next couple weeks, we’ll be releasing Informant 5 and we’re very excited to talk to you about some of its new features!

Informant 5 is a brand new app – not just a slight refresh of an existing app – and as such it’s designed for the next few years to come. This post isn’t going to detail everything, but will instead focus on a few tent-pole features. So let’s start with our goals and vision.

The first thing that was important to us was to take a look at Informant of today and see where we could really improve its performance, its behavior, its usability, and focus on the productivity features that needed to be rethought. We identified three areas specifically:

So each of these areas received great attention! 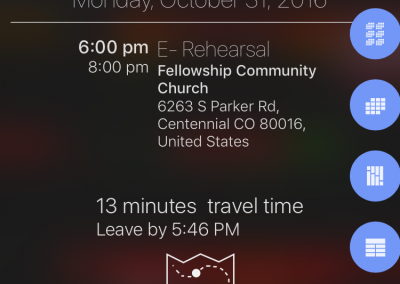 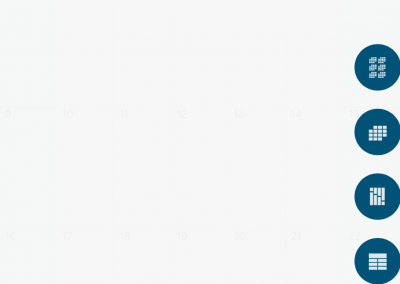 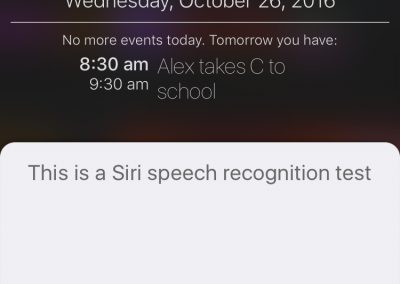 Press/Hold the Home button and Quick Entry via Sir 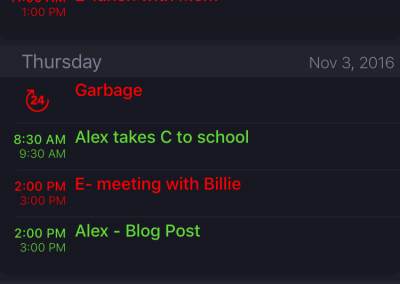 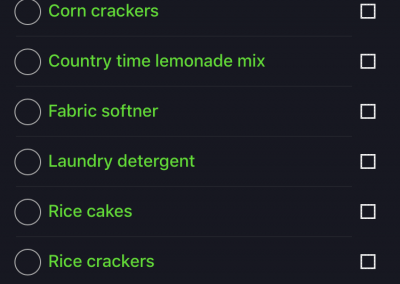 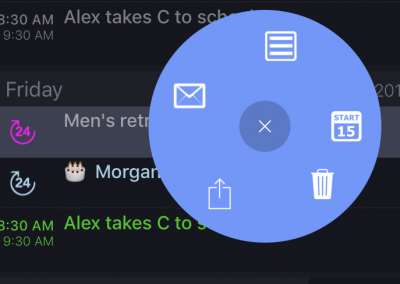 The Informant 5 interface has been designed with a focus on:

We tore out the old interface and designed a new interface from scratch. There are elements that work/look the same as before because they worked well, but we’re able to change major aspects, workflows, and behaviors of Informant 5 because of the freedom of starting fresh!

I could wax on about our process, our design sessions, and so on – but let me highlight a few major areas of change instead:

Even if that was all we did, this would be an amazing release. However, we’ve done so much more than we can say here!

I’m an email-aholic. I keep my entire gaggle of email addresses collectively at an unread count in the single digits. I flag the emails I need to act upon and then I move on. I respond to the urgent ones immediately, and sort the rest. I have dozens of email rules that move my email to its destinations automatically and my task list is primarily in the my email box. This is very unlike Chris whose email box is typically in the thousands of unread, many more thousands in the Inbox, and I have to prod him to read his email and answer me.

The key point is that we get email that we need to act on and Informant 5 is able to help with that!

Informant 5 gives you a new “Mail” filter in your Tasks view that lets you manage multiple email accounts and view their Inbox. You can:

Obviously, we’re in first-generation territory here and we’d love to hear from you to see which directions you want us to go!

We’ve spent about a year and a half designing how this should work – surveying customers, business people, friends, family, news editors, and so on – and what we found is everyone uses email very differently. We went through many iterations and decided on a simple first-gen implementation so we can prioritize the areas you might want to see first.

For the last 17 years we’ve had a cool feature called “Templates” that provided a way for people to create events or tasks quickly via pre-designed templates. However, we found that over time fewer and fewer people used them because they required the entire template to be used overwriting everything. Next, you had to manually pick them in most cases and if you had a ton of them, you couldn’t find them easily. Informant 5 does something that we rarely do – completely remove a feature and with Informant 5, templates are now completely gone. In its place we have a from-the-ground-up designed new feature we call “Triggers”.

Informant 5 does something that we rarely do – completely remove a feature, and with Informant 5, templates are now completely gone. In its place, we have a from-the-ground-up designed new feature we call “Triggers”.

Triggers are the new modern version of Templates, but with some important differences:

We believe that Triggers are a major new feature of Informant 5, though we do understand that Templates have some features that Triggers don’t – which might affect a small number of our customers. We expect that in the future some of those template fields will come back as Triggers get feedback and we take all of that in. The reason why some of those fields didn’t make it into Triggers has to do with our desire to ensure that we don’t add too much complexity to a feature that would make users stay away and also because we have to ensure that those fields can be applied to a trigger properly across all platforms current, and future.

Yeah, we haven’t mentioned it all. Not only have we introduced a lot more features within the app that you’ll find all over, but as usual with our development – we plan a couple years ahead, design an infrastructure around that plan, and then deliver the first milestones in that infrastructure. So Informant 5 is just the beginning. For example, we’ll be adding a whole new project foldering system for tasks, sync with a completely new partner (to be announced soon), and so on. There’s much that we wanted to do, but if we did – you’d be seeing this post about a year from now!

As I mentioned above, Informant 5 is a brand new app – and as a result, it’s designed for the future.

A new foundation for the future

Informant 5 is designed for iOS 10 and has been dramatically modernized throughout. By focusing exclusively on iOS 10, we’re able to design the internals of Informant 5 to deliver the features we have on our list for years to come without old archaic code weighing us down. A few examples include:

I could go on, but you might start getting bored. Suffice to say – Informant 5 is not just a redo of the interface, or a few features added: its a complete overhaul of the app from the ground up.

Some areas you look at may seem like they have been untouched – Notes View, Contacts – thats only because while we worked hard to rework the internals of Informant as a whole – its a very powerful and big app and we know from experience that we deliver best in milestones over one big multi-year project.

Informant 5 is designed for iOS 10, so is only available on iOS 10 bringing a bevy of modern and awesome new features. As such, for a limited time we will continue to offer Informant 4.9x for iOS 8/9 users. And for those techies who care about such things – the vast majority of the new code was written in Swift 3.

Here’s how we’ve broken it out: when you subscribe to the full yearly subscription – you get Informant 5 (and future upgrades to the app). As long as the subscription is active, you’ll also get access to what we call the “Connect Package” that consists of weather integration, Informant Sync, Email, Google/Toodledo/Evernote Sync, and any future connectivity features we include in future releases. If you let the subscription lapse, you’ll lose the Connect Package, but you’ll still have the main app and your data.

We think this hybrid approach is the right answer moving forward and we hope you agree!

We believe that there’s a ton of value here for our customers by moving to a subscription. Informant is not just a labor of love – its labor that costs us a lot to continue developing! The market today is only sustainable via subscription and we have a strong, reliable history of providing a constant stream of updates – both major and continuing support – and with the additional twist of being able to own the main app even after the subscription ends, we’ve given you even more value!

We’re currently also working on some very big news that will make your subscription even more valuable – stay tuned for that news late this fall!